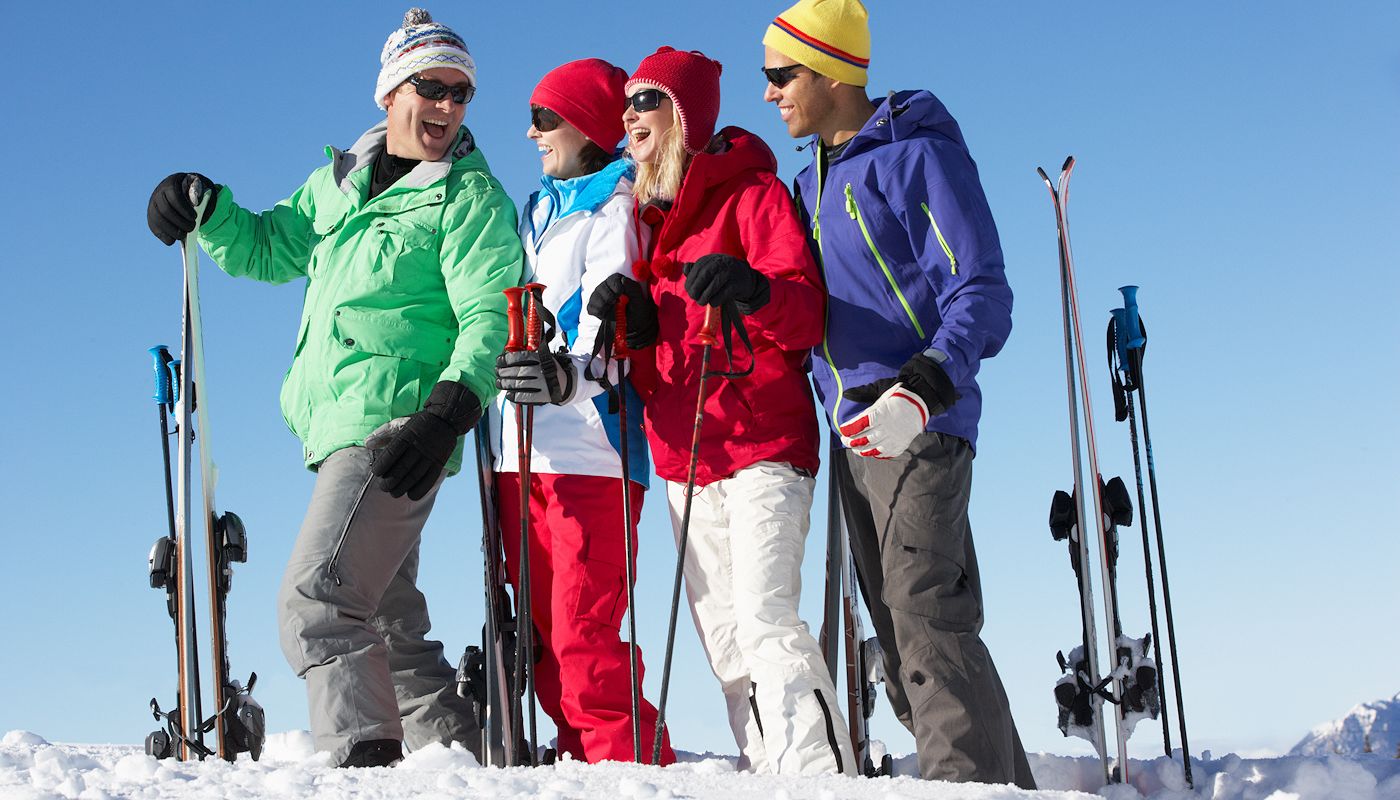 Things to Do in Grand Marais Minnesota

Things to Do in Grand Marais Minnesota

With an average of 120 inches of snow per year, you would expect Grand Marais & North Shore Winter Activities to include just about everything you could want to do on this slippery white stuff! You’d be right, and you can enjoy it on the 400 km of groomed cross-country ski trails (the biggest such network in North America), 450 miles of snowmobile trails, and 1,000 acres of downhill skiing and snowboarding.

“Lutsen Mountains” is the largest ski area in the Midwest. It features four interconnected mountains of the Sawtooth Mountain range with 95 runs that spread across 1000 acres overlooking Lake Superior. These four peaks include Moose Mountain, Eagle Mountain, Ullr Mountain and Mystery Mountain.

The Sawtooth Mountains are located amongst the rugged terrain found along the North Shore of Lake Superior. Rising over 1000 feet from the shores of Lake Superior at angles that vary from 8 to 20 degrees, they drop off steeply on their northern slopes. They were named “sawtooth” due to their relatively uniform size, angles, and regularity of spacing as viewed from Lake Superior to the east, from which their crest line creates a profile that resembles the teeth of an enormous saw.

Grand Marais & North Shore Snowshoeing During winter in the land of lakes, snowshoes make it easy and fun to get off the beaten path. There are many trails to chose from, but you can also go off-trail as well. Off-trail snowshoeing is a whole different world. [...]

Grand Marais & North Shore Northern Lights Viewing You don’t have to travel to the Arctic Circle to see the Aurora Borealis, or northern lights. With the right conditions you can find them bright and clear from anywhere in Cook County / Grand Marais, Minnesota. Their far-northern [...]

Grand Marais & North Shore Ice Fishing There is something almost mystical about North Shore ice fishing. The frozen lakes may seem quiet in winter, but underneath that ice, the water is teeming with the best fish in the Northland: lake trout, rainbow trout, walleye, northern pike [...]

Five Reasons to Visit Grand Marais, Minnesota TravelPast50 | May 3, 2020 by Kristin Henning Stay in Grand Marais We chose to visit Grand Marais right after the Labor Day weekend. The leaves hadn’t quite turned, but the midweek availability at Best Western Plus Superior Inn location was [...]

For extended stays, each room provides a convenient in-room mini fridge that is ideal for drinks and snacks. We also have an in-house fitness room, so you can keep up your workout routine while you’re on the road. As always, the Best Western Plus Superior Inn will provide you with the superior customer service that you are used to at any Best Western hotel. 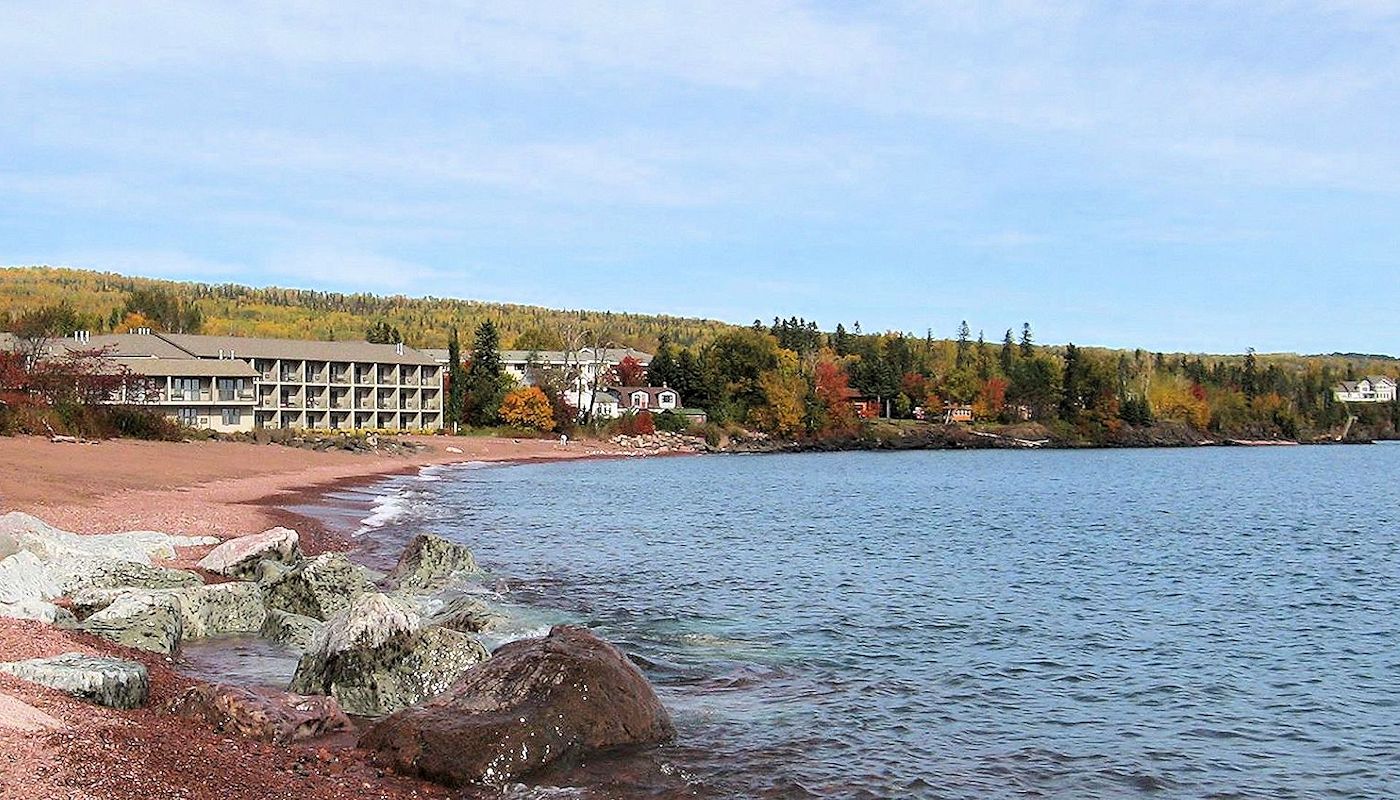 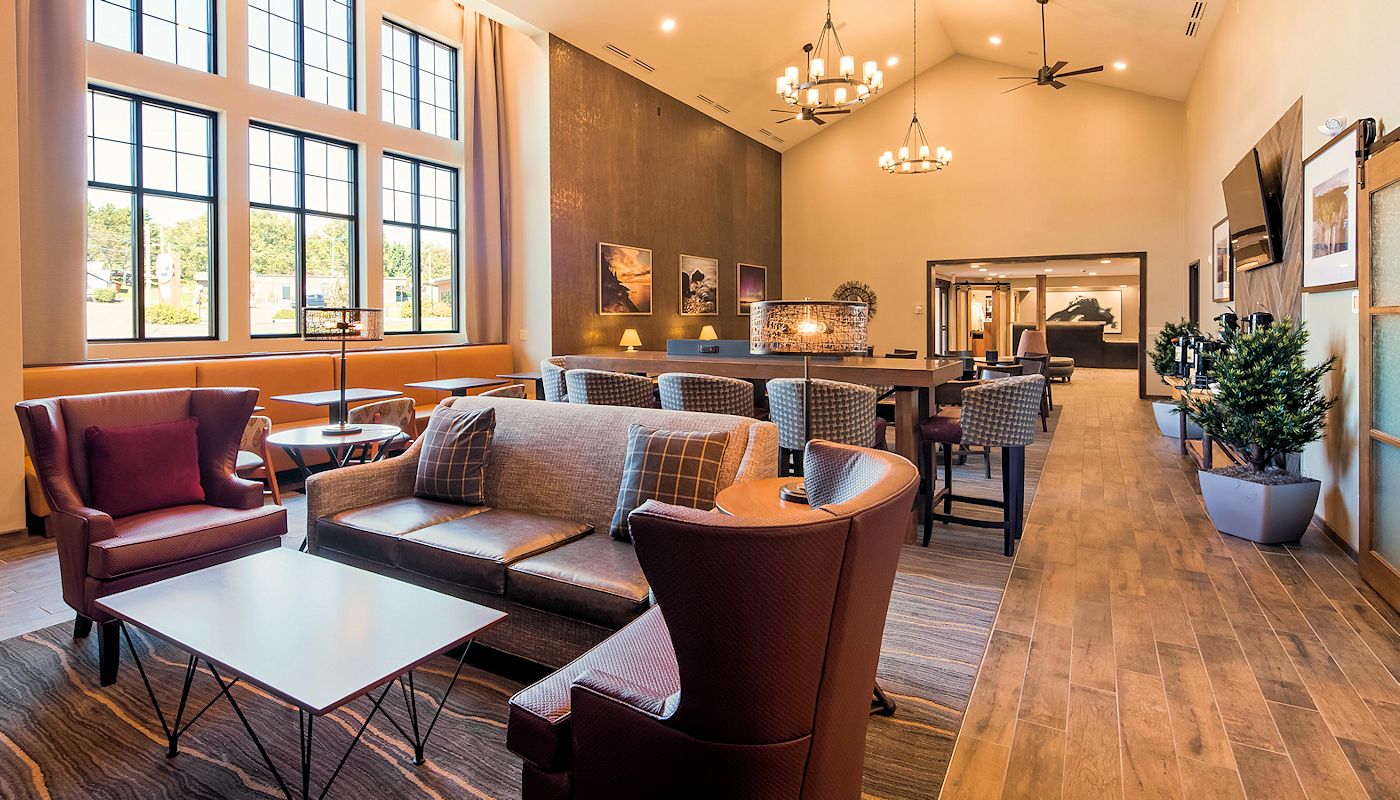 We will definitely be back!

We LOVED the town of Grand Marais. This hotel was the perfect location to walk anywhere in the town. It was so convenient to just walk to restaurants, shopping and the beach. The view from the room was fantastic and unexpected. The room had a little patio that overlooked the lake. It was very clean and had a nice tile shower with a double shower head. So much nicer than what I expected. They also had a very nice fitness room, which I didn’t use since the weather was great and we got lots of exercise outdoors. But this would be great in the winter or inclement weather. There was a free breakfast which was nice. They kept it clean and well maintained, which I noticed and appreciated. Can’t wait for our next trip! We will definitely stay here again! 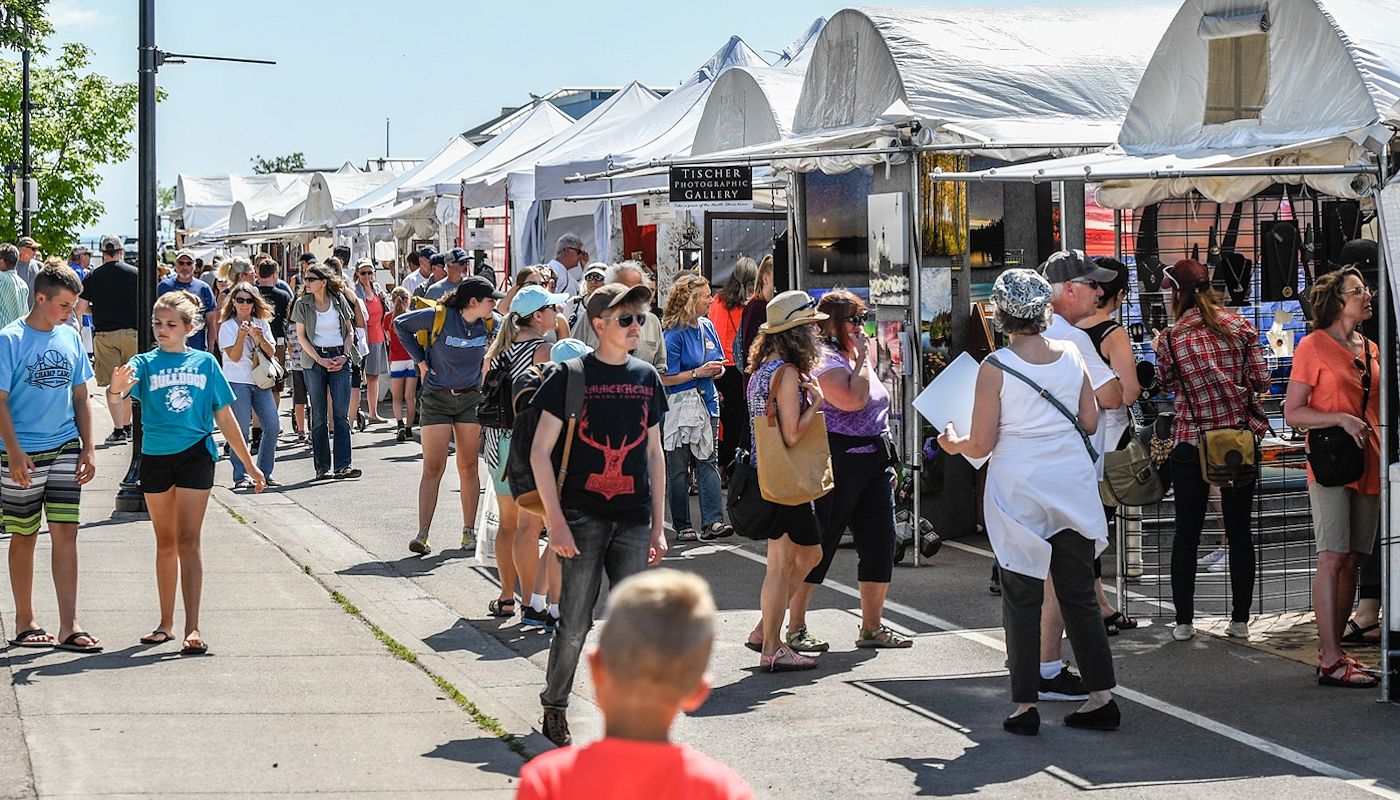 Getting Around Grand Marais 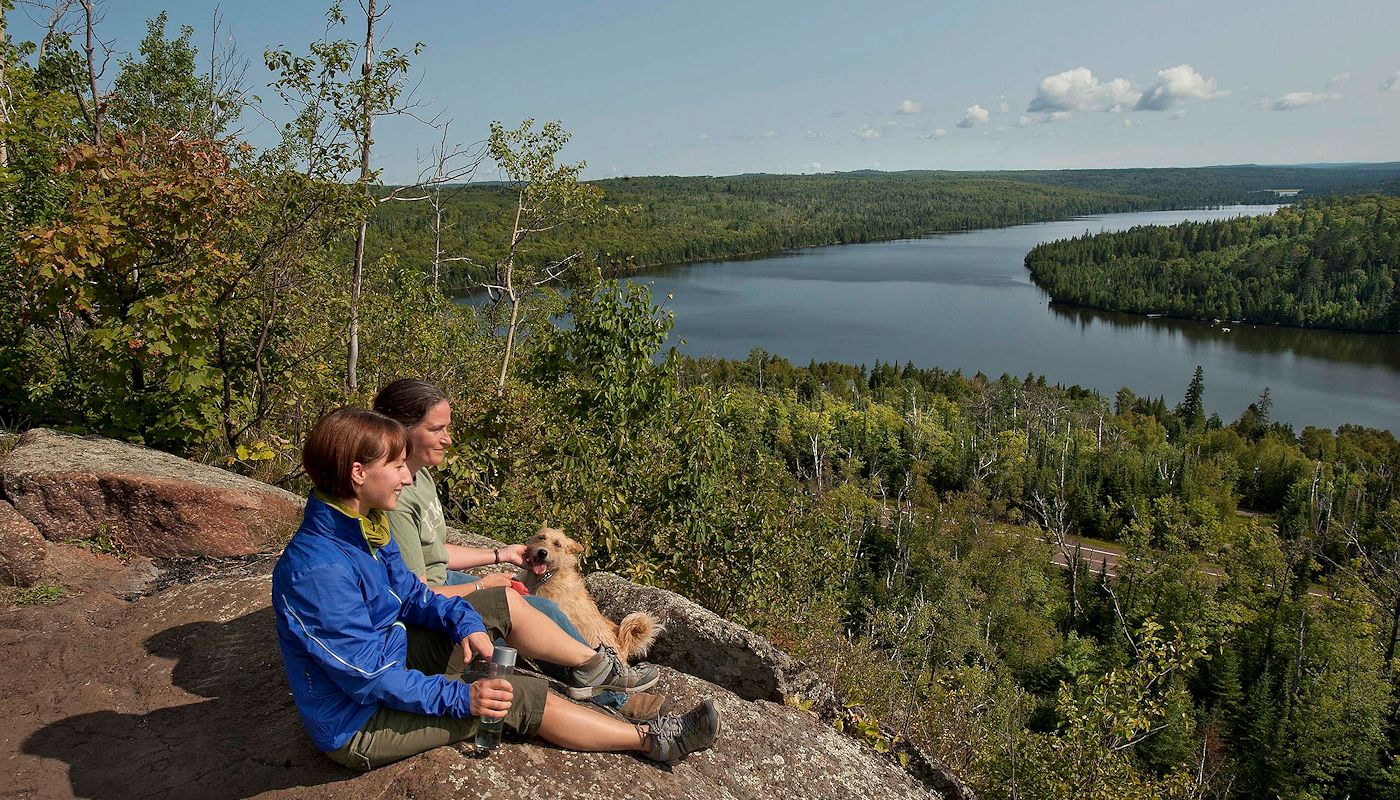 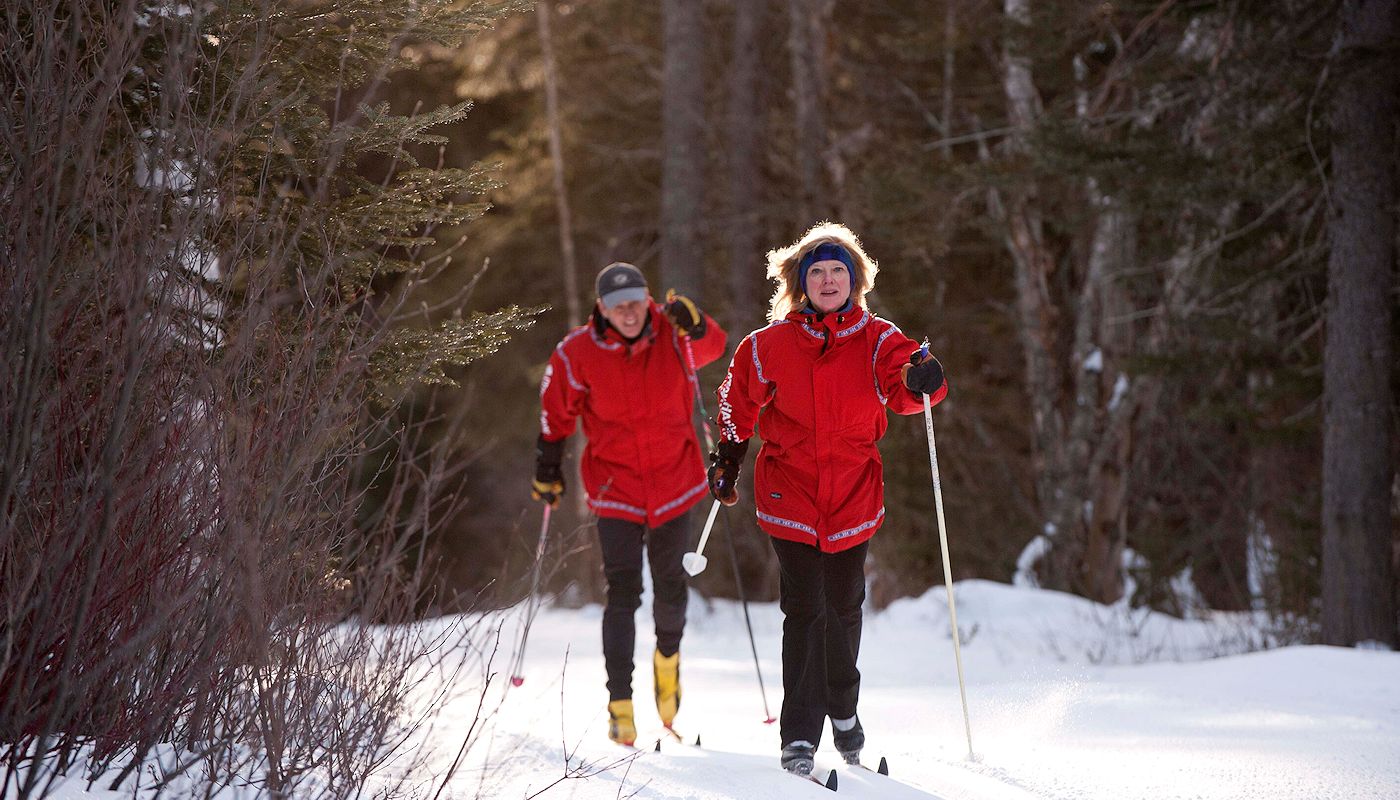 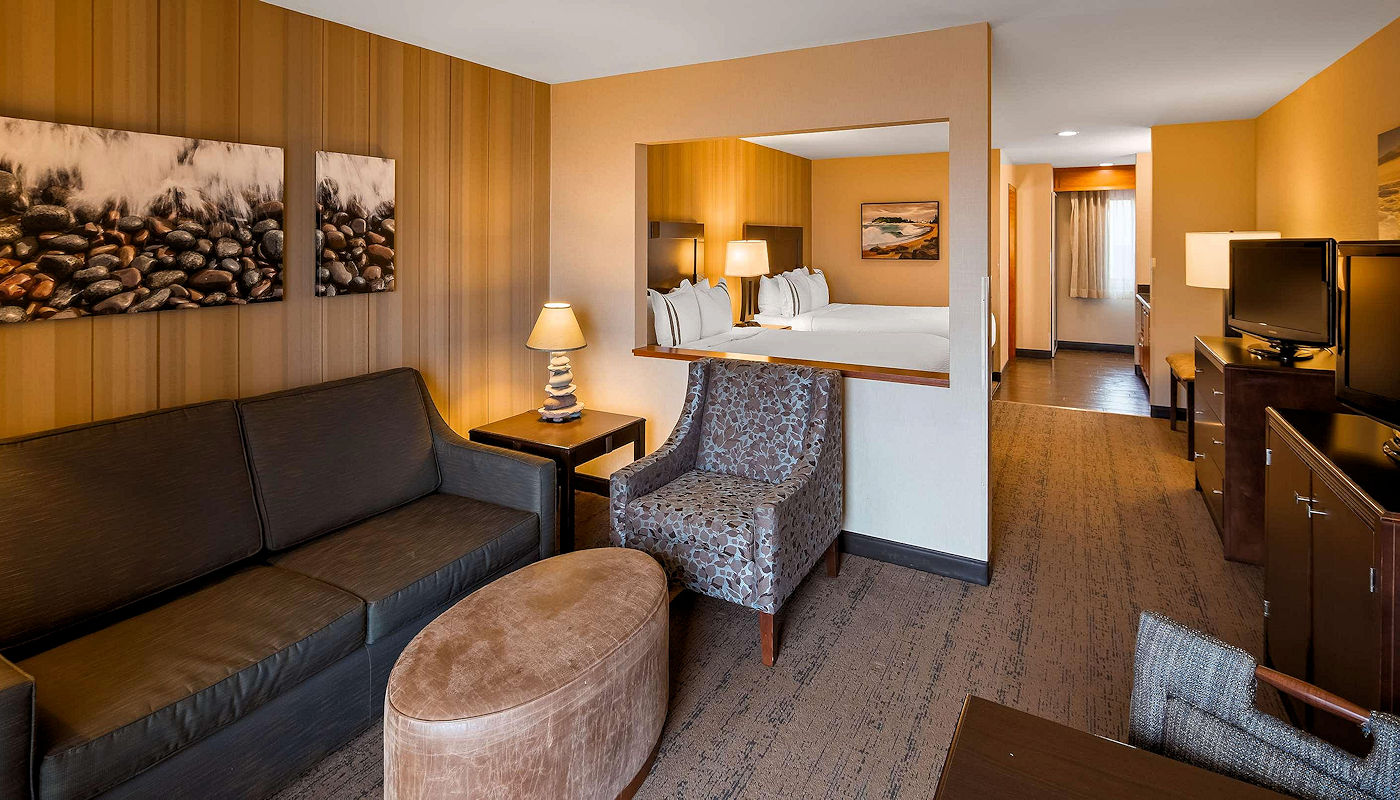 Nestled along beautiful North Shore, all rooms face Lake Superior and feature breathtaking views. All rooms and suites have a private balcony and floor to ceiling sliding glass door for enhanced views. 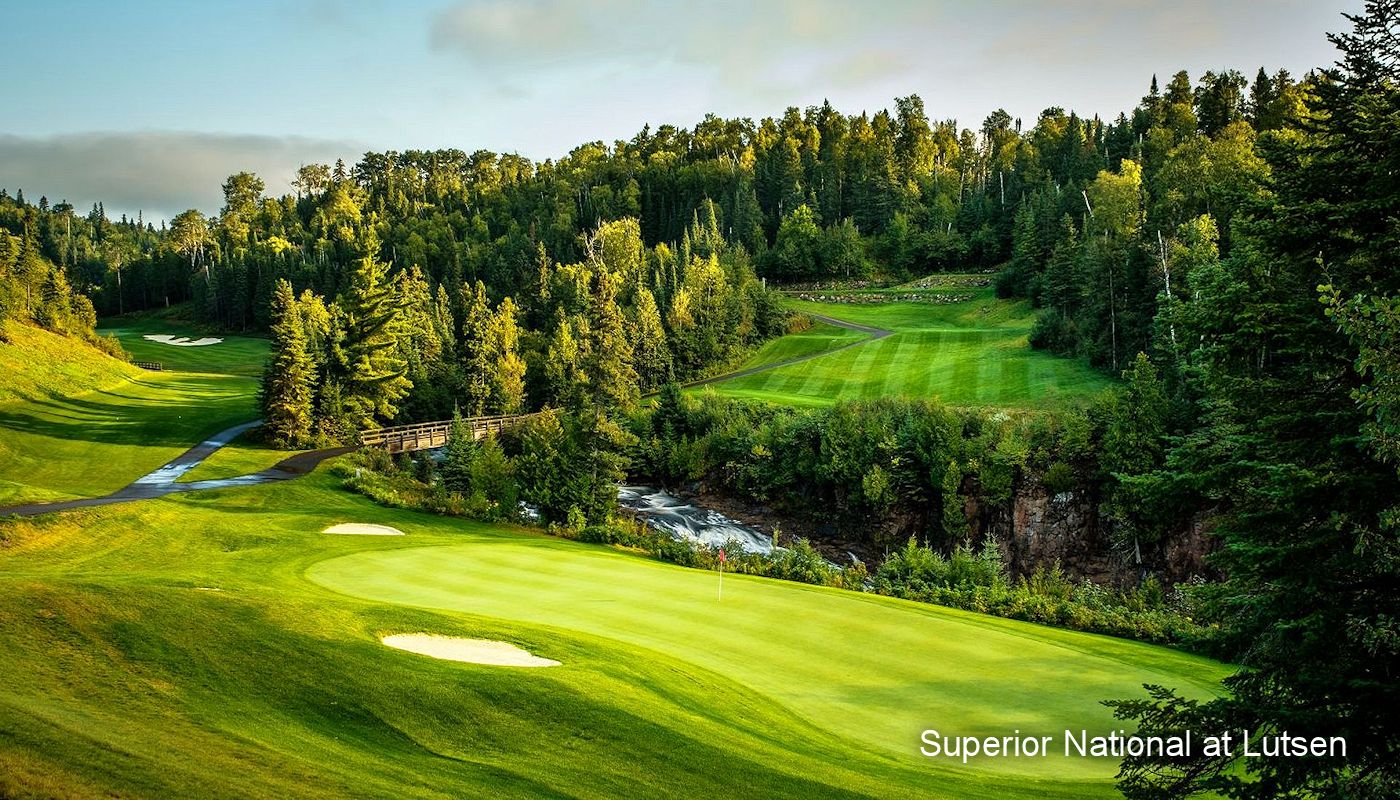 Hit the links at any of the beautiful Grand Marais area North Shore golf courses within easy driving distance of the Best Western Plus Superior Inn Grand Marais hotel. 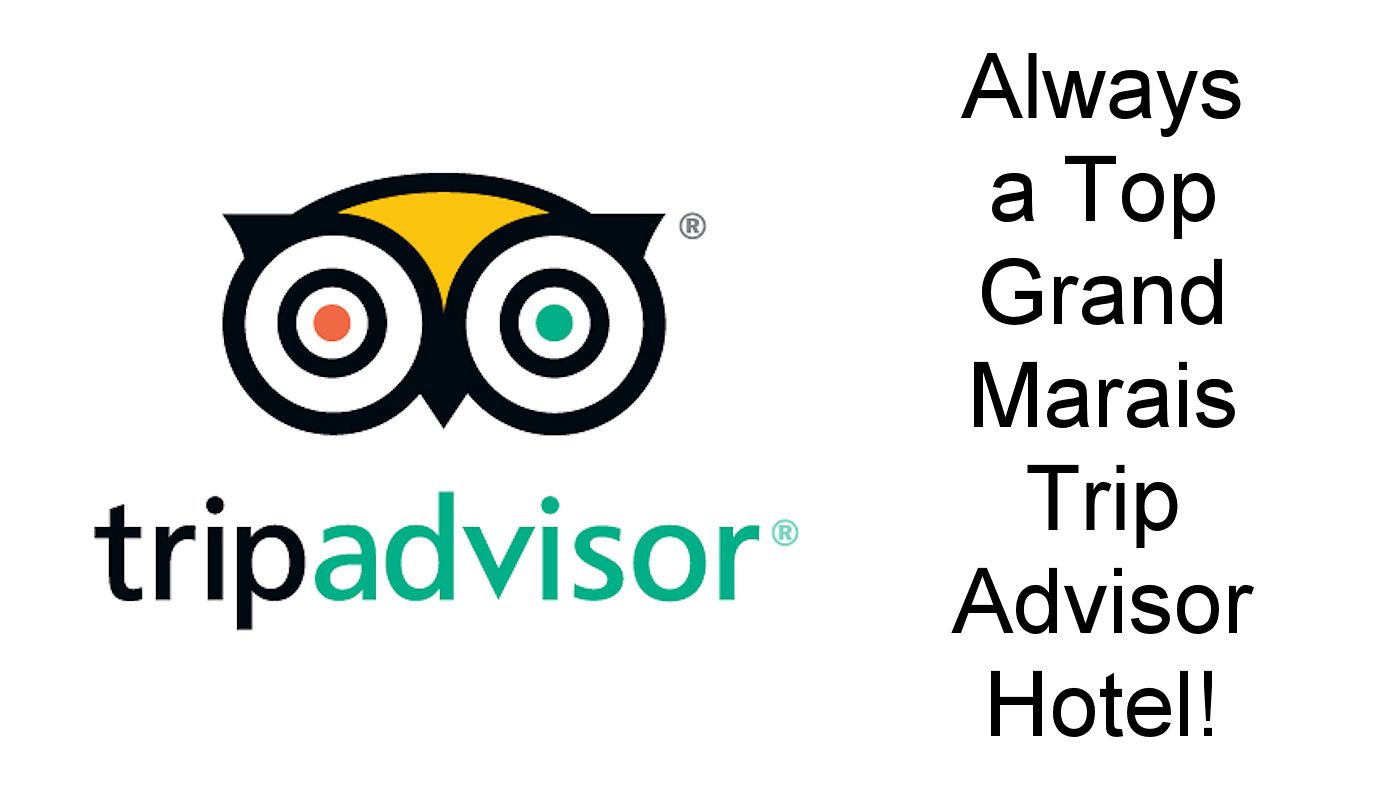 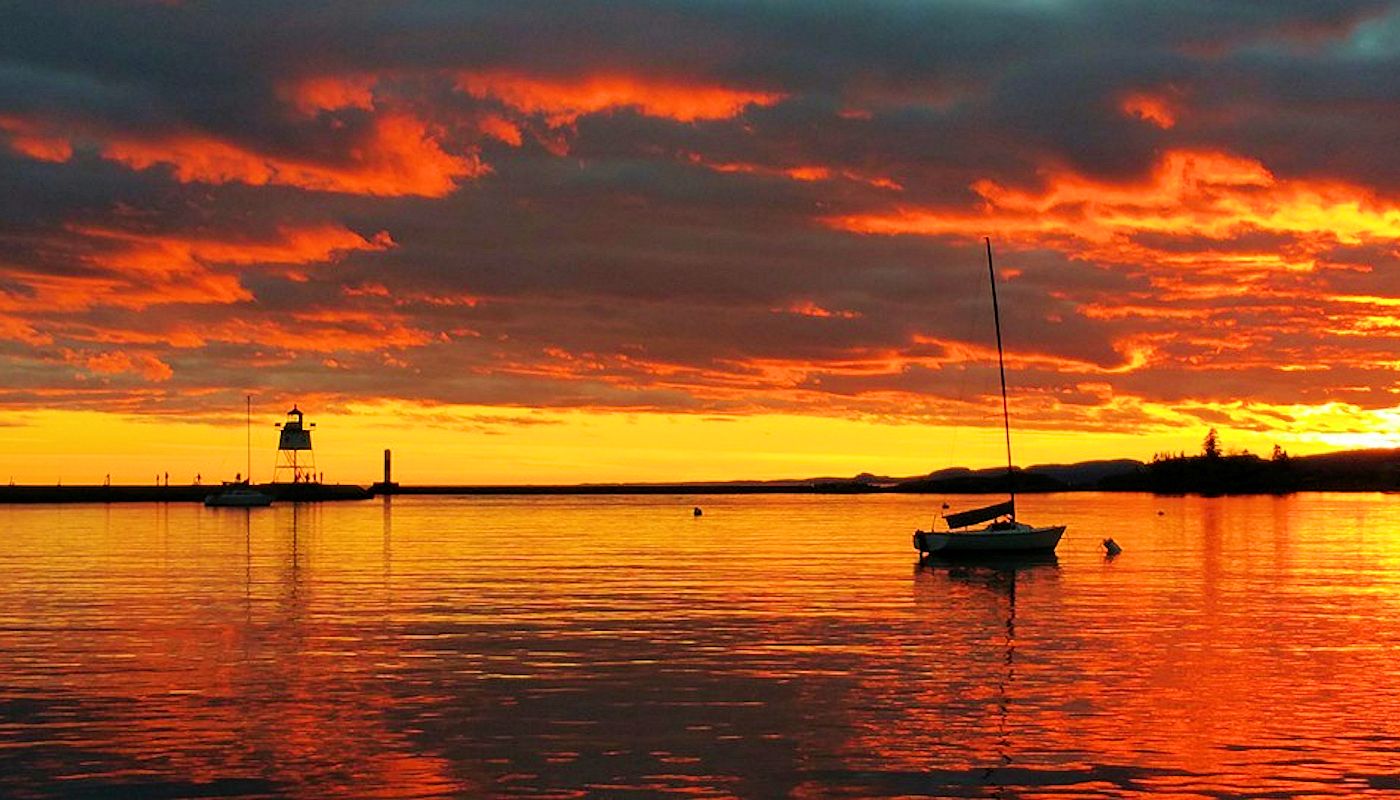 Enjoy spectacular Lake Superior views from the Superior Inn. Beginning with sunrise, enjoy the many different views that change with the time of day and change of season.

With over 400 lakes within a 25-mile radius, Grand Marais lives up to its reputation as a great place for year-round outdoor activities. Whether your activity choice is in, on or below the water (or even on land) Grand Marais offers a great variety of things to do for your entire family. 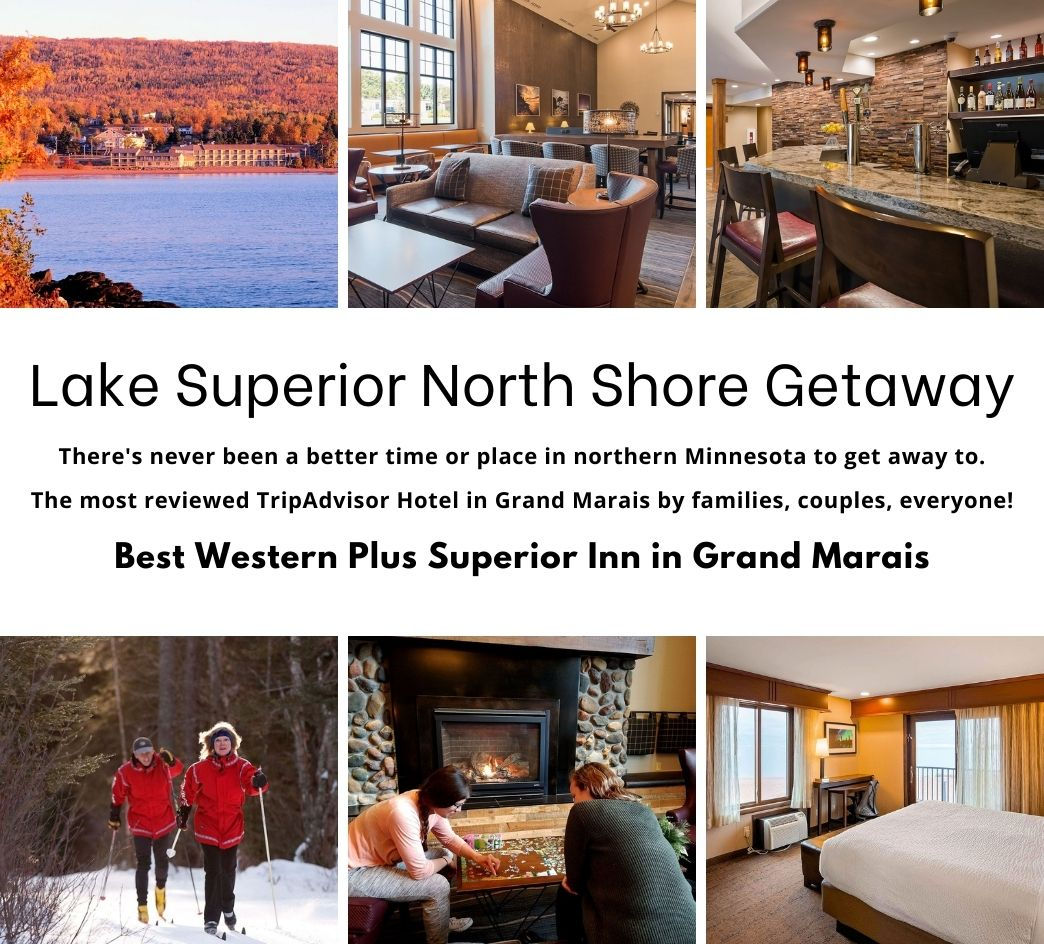